If you are one of those people that believe dating is difficult, why not reflect on the dating game of generations before? These were times when cell phones didn’t exist, the internet was apparently futuristic, and the dating process was slow and daunting. Here in the 21st century, there are multitudes of networking options, singles social events, and the help of technology. Thus, the dating process has never been easier!

There once was a time when people used to have to meet potential prospects at local functions like weddings, community parties, and church events. Singles get referred to others by word of mouth. You might have been set up by a loving aunt or a random colleague, only to find out that you’ve wasted an hour of your time, with a person you have nothing in common. Alternatively, if you had a successful date, you couldn’t just call or text a girl on her cell phone, you had to call her at her house. Chances are, if she lived with her parents, she’d have some explaining to do and then everyone would assume she’ll get engaged shortly. Talk about pressure! It was also harder to plan a general meeting spot, so you’d have to show up at her front door. Thus, you’d meet the parents by the 1st real date and a second helping of pressure ensues. You also couldn’t send a cute goodnight text because that would require calling her on her house phone late at night, and Daddy might not be pleased. You would have to undergo multiple dates in order to get to know each other better. It could take a long time of drawn out courtship before discovering who it is you’ve been courting. There could be countless meals, hundreds of dollars spent on courting women who turned out to be a far cry from what you’re seeking.

The help of technology, namely the internet, has made dating easier than ever before. The process is no longer mysterious and is now effortless and convenient. In this day and age, you can save time weeding out the prospects based on the qualifications you are looking for in a mate. Communication is an essential part of any relationship, and you can chat with a person one-on-one to determine whether or not you have a natural chemistry. You can avoid countless bad dates with people who don’t suit you. You also have options to meet in public locations, so that you are not giving anyone access to where you live until you know them better. Thereby, you can feel safer and keep possible stalkers at bay.

You can search for people who have similar interests as you. While you may fall for a person’s looks but you are a vegan, and they are a “meat-a-hole”, and then the two of you may end up with a sour taste in your mouth. Singles events and speed dating make it fast and easy to converse casually with all kinds of people to see who clicks. At least you’ve solved half the battle of wondering if he/she is single. You can exchange numbers and see if you hit it off on the phone or via text before deciding on making plans for a real date. Dating in 2015 has never been easier or faster. With the help of technology, the ability to find your perfect mate is truly at your fingertips! 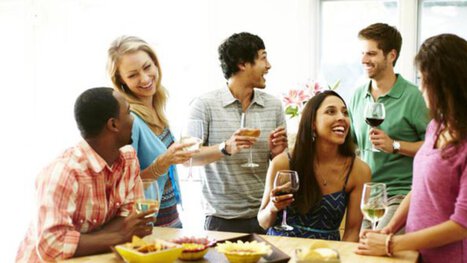 Meet Singles in Your Area
You'll never believe what this guy does to meet local singles - leaked memo from the man who revolutionized dating. 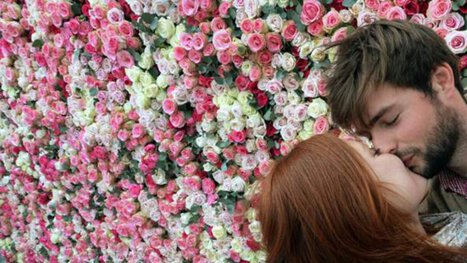 New Dating App Positioned to Take on Tinder
New data: 3 new dating apps are taking Tinder head on, and winning. Find out why here.
Sarah is online and wants to hook up.