When you sign up, Feeld doesn’t exactly start out strong. As such a kinky site, it’s a little rich to expect users to sign up via Facebook. However, Feeld takes precautions to keep your information private, so don’t worry about Facebook automatically posting your swiping history or Feeld profile. Feeld also promises to soon allow users to sign up without Facebook, but for now, that’s what would-be kinksters have to do. The registration page welcomes you with the promise to “meet couples & singles” alike – and on this site, couples come first.

But it’s not just this polyamorous dynamic that clues you in on Feeld offering something different off the bat; it’s everything else. Feeld is the queer and polyamorous mecca of hookup sites, with tons of different ways to identify your gender and sexuality. They proudly advertise being LGBTQIA+ inclusive, and brand themselves as the app for anyone with a pulse to come out and play.

At its core, anonymity reigns. You’re encouraged to use a fake name, and don’t have to show your face in photos if you don’t want (although nudity is currently prohibited). The interface itself is friendly and straightforward – and best of all, blissfully (mostly) free.

Feeld is all about hooking up and getting sexy being for everyone. But being an app, the eligible honeys on Feeld tend to skew younger. Users eighteen to thirty-five have a field day on this site, and although there are plenty of members over thirty-five, they’re mostly part of couples.

Regardless of age, this app is hands down the queerest dating site out there. Because of the vast options and emphasis on inclusion for sexuality and gender expression, everyone feels welcome to get sexy. Queer and nonbinary are two common gender identifiers on Feeld, and sexualities are diverse and include pansexual, demisexual, heteroflexible, and homoflexible. This isn’t to say that straight people don’t exist on this app; they absolutely do, but instead of being 95% of users on the site, they’re about 50%. Often, those straight people are part of a couple looking for their third.

Feeld has several perks that make it stand out from the pack. Couples can have individual accounts that they pair together, encouraging them to play both separate and together – and with each account, you get to list your own turn-ons and interests. These separate subcategories for your bio let potential mates know what you’d like to do both in the streets and in the sheets.

For $11.99 per month (or $23.99 for three months), you can opt for a Majestic Membership, which allows you to hide your account from Facebook friends and always know who’s liked you.

Perhaps the best perk in this site is how queer and polyamorous friendly it is. Knowing that people on the site are eager to sleep with someone just like you – hairy, trans*, nonbinary, queer, tall, short, kinky, swinger, or anything else – helps everyone get down. This diversity also helps encourage some more vanilla members to expand their palate, and makes Feeld a great place to look if you want to try something new; all you need to do is ask.

Whenever something seems too good to be true, it’s usually because it is, right? Feeld has a lot of gold going for it, but being app, it’s prone to bugs. Lots and lots of bugs. Often, users are frozen on a screen, or see the same person over and over after rejecting them. Sometimes, Feeld can’t figure out exactly where you are. These bugs are all being actively worked on by their team, but in the meantime, it’s a major buzzkill when you’re trying to woo a new cutie.

It’s also a huge caveat that you have to use Facebook. For people who have deleted their Facebook (or are like me, and sign in so seldom I’ve forgotten my password), this can be a huge barrier. However, again, Feeld promises to soon sever its ties to Facebook, freeing users from both fear of exposure and the hassle of linking one app to another.

Best of all, it’s inclusive for everyone looking to get a little freaky – and isn’t that all of us? So download it, get swiping, and fulfill those kinky fantasies. You won’t be disappointed. I'm giving Feeld 4/5 stars. 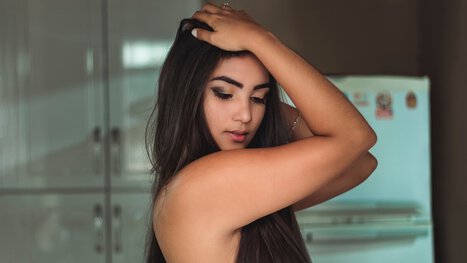 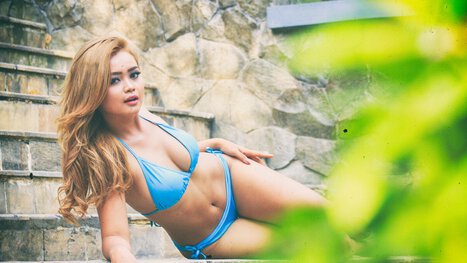 Ashley Madison review – is it legit?
Life is short. Have an affair. With a slogan like that, Ashley Madison opens boldly, inviting those of us with the wandering eye to dive in and give it a whirl.
Sarah is online and wants to hook up.